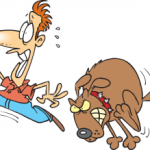 With Newspaper Carrier Day on September 4th comes both a celebration of the job for many individuals, but also horrid memories for others like myself; who felt the wrath of both customers and creatures while working my paper route.

My introduction to the newspaper game came at a young age in my hometown in somewhat rural Westchester County, New York. Most of my childhood income rolled in from my allowance which related to taking care of the gaggle of Labrador retrievers in our home, as well as making my bed everyday. This gig didn’t pay well; but it fell under the all-important umbrella of “learning responsibility” which my parents felt was critical.

It started when a friend was going on vacation with his family for a couple of weeks in August. He lived on a road which was a couple of miles from my house; but was a great street for a paper boy as there were many homes, it easily bike-able if you lived there, and everybody wanted to read the local paper, The Reporter Dispatch  (now part of the Journal News). The friend asked if I could take over the route while he was a way, both delivering papers and collecting weekly for him. I agreed as he said I could also keep the tips.

The two-week stint was a good one; relatively easy as my mother drove me around as it was 2 miles away and I had afternoon practices for one sport or another. The tips were OK for that era, giving me a couple of bucks a week to fulfill my Bazooka Joe addiction. During that stand-in job I started dreaming of the possibilities of the route, fueled by the promises of other newspapers I’d see in the back of comic books including the Grit Newspaper – “Sell Grit door-to-door and make cash and prizes!”  I was hooked and really wanted a paper route.

My friend returned from vacation and my stint at the Dispatch ended almost as quickly as it started. However, he ended up several weeks later deciding to quit the route and the paper reached out to me to see if I would be interested. Of course, I jumped at the chance!

Since my afternoon schedule was still busy and the actual route was still 2 miles away, I had the advantage of my parents taking me on the route everyday. No, admittedly, I didn’t have the trials and tribulations of other paperboys; trying to bike while balancing a shoulder bag full of folded papers, pedaling in the rain, etc….and for this I feel much guilt – NOT!

By and large the customers on my paper route were friendly and generous. However, my time on this route didn’t last long, which I attribute to really these two experiences…

The first involved a family who was going on vacation for two weeks and said they still wanted to receive the paper…and if it was no trouble, could I go in their garage and place the paper in a bin each day. Of course I was all about customer service, so said “Sure!”  Well, this went on for two weeks, I diligently walked up their driveway, entered the garage and placed the paper as instructed. When they returned and it was collection day, I let them know the total for the two weeks was $2.90. The mother of the household gave me three dollars. When I realized I didn’t have any change, she said, “That’s fine, I’ll wait while you go to the car.” That’s right – she made me go to the car for a dime…and absolutely no tip after placing her papers in the garage for a week. Even my mother said “cheap skate” (for those that know my mother, that word was surrounded by expletives) when I got to the car. No problem, I got my revenge on old Cheapy that Halloween! 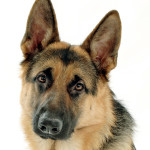 The second issue happened when my father was taking me around on collection day. We’d done the primary street and just up the road was a new customer who lived at the end of a long-ish driveway in the woods. My father drove down the driveway, I pulled out the paper and was just about to get out of the car when I saw a couple of young kids (age 7 or so) playing with a German Shepherd in the yard. While we had a German Shepherd named Bubbles who lived across the street for years and was reasonably friendly, I still was scared s***less of these dogs. I jumped out of the car, trying not to make eye contact with the beast, and asked the kids if mom and dad were home. They said yes.

It was about a 30 yard walk to the front door and my father said he would turn the car around while I collected the money. Asking the kids to hold onto the dog by its collar, I sheepishly walked up to the door and knocked…and knocked…and knocked, with no answer. Right then the kids let go of the German Shepherd and it came running right at me, arriving quickly with teeth bared, and starting to sink those teeth into my left arm. I took my right arm which was holding the newspaper and smashed it on the end of the nose (thankfully, it was a day with a lot of inserts in the paper). The dog/wolf let go and I sprinted to the car, actually climbing on the back bumper and then onto the roof, with the dog at the side of the car barking away. The only other noise to be heard was the sound of my father laughing hysterically inside the car. Thanks Dad! Finally, the kids re-grabbed the dog, I jumped down and into the front seat and off we went – this was a free week for this client…in fact so was every week, because no way I was going back!

So while I understand encouraging responsibility for one’s child through a paper route is a good thing, I learned also learned two other valuable lessons:

“A rolled-up newspaper to the nose is effective when dogs attack!”