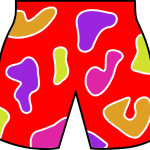 This is sort of like Dim Sum, you’ll get a little to digest at a time and you may stay hungry…feel free to let me know if Sum of these are Dim! 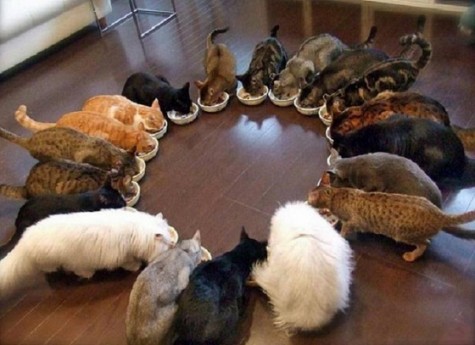 Along with the number of dogs we had growing up, my mother had a fondness for cats. On average, we would have 5 or 6 cats in the house acquired in a number of ways. Some we purchased, my brother brought one home he found in the woods, and people who knew my mother liked cats, would just drop them off at our house. Of course, she would welcome them in! Aside from needing a backhoe to clean the catbox weekly, there was a moment every evening which was a bit unsettling…dinner time. Once one of us hit the electric can opener, the cats came from far and wide…attic, living room, across the street if outside…from everywhere for dinner and meow until the food was doled out. Then they ate in a fashion not too dissimilar from the picture above, just a little more disorganized. They might not come when you call, but just hit that can opener and you have a quorum! WG 2/28/16 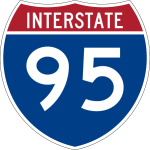 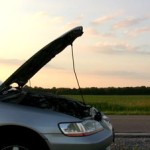 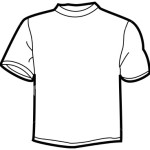 We just came back from a long, multi-day car trip where we spent a great deal of time on that fabulous route of convenience when you want to head from Maine to Florida and not have to change highways – I-95. Focused on getting to my destination; nothing much caught my eye except the beautiful landmark where many of our early settlers landed – South of the Border. However, one thing was prevalent on this trip: cars broken down on the shoulder of the road. What impressed me was that each and every car had a white T-shirt hanging from the window. Now, I consider myself a pretty good packer, and also I have a decent fashion sense, but am I the only one who doesn’t remember to pack a white T- shirt for a long trip? Maybe these are handed out by the sales guys after you sign the contract at certain car dealers. Whatever the case, I’m going to get one for my car, long sleeve or short — what do you think?  WG 8/29/15 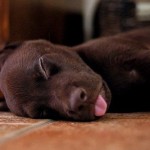 Growing up with multiple Labrador retrievers had its challenges. Our Easter Dinner was always served at home, and was the same menu every year – ham, mac & cheese, asparagus and a salad. With the ham done and on the dining room table the other menu items were still cooking. We had retired to the living room with drinks, the parents that is, and were watching TV (it’s the 60’s, OK?). My mother heads to the kitchen and returns to say “put on your coats, we’re going out to dinner.” Apparently, she’d found three sleeping labs and a ham bone on the floor of the dining room. Burp! WG 8/8/15

Readers of this blog know that there were always a half-dozen labs running around our house at any given time. They were inside dogs however, and in fact, they lived in cages in the house in different rooms. Well trained (apparently except on Easter) we would merely say “kennel up” and they would head to their beds for a night’s sleep. My parents would also put them to bed if they were having a dinner party. My mother had press-board tops made for the cages and would drape white linen tablecloths on them – then place food, glasses, whatever on the cage. The best part is that the crowd was so tanked that nobody would notice the dogs in the cages unless they dropped an appetizer. Soon you would hear – hey there’s a dog in here and people would marvel. My favorite moment was at one party where one of the dogs started to howl and the others chimed in…singing in perfect unison. My mother always got the best (and cheapest) entertainment! WG 8/8/15 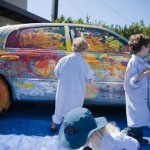 One of our first homes was a cape style house –  small but fit us nicely and would have room for a couple of children. We decided one year to paint the house ourselves and invited my wife’s family up for the weekend to help. Everybody had a job or location – walls, trim, windows etc. It looked like a barn raising in the Amish country, everybody helping. Our oldest son, then probably four years old, wanted to help and we said no, we had it handled and go play in the yard. He went to the front yard and we all were in the back finishing things up. We hadn’t seen the boy for several minutes so went into the front yard to see him finishing the painting of one side of our new grey Mercury Sable station wagon – WHITE. Let’s just say that my voice level brought him to immediate tears! WG 8/8/15