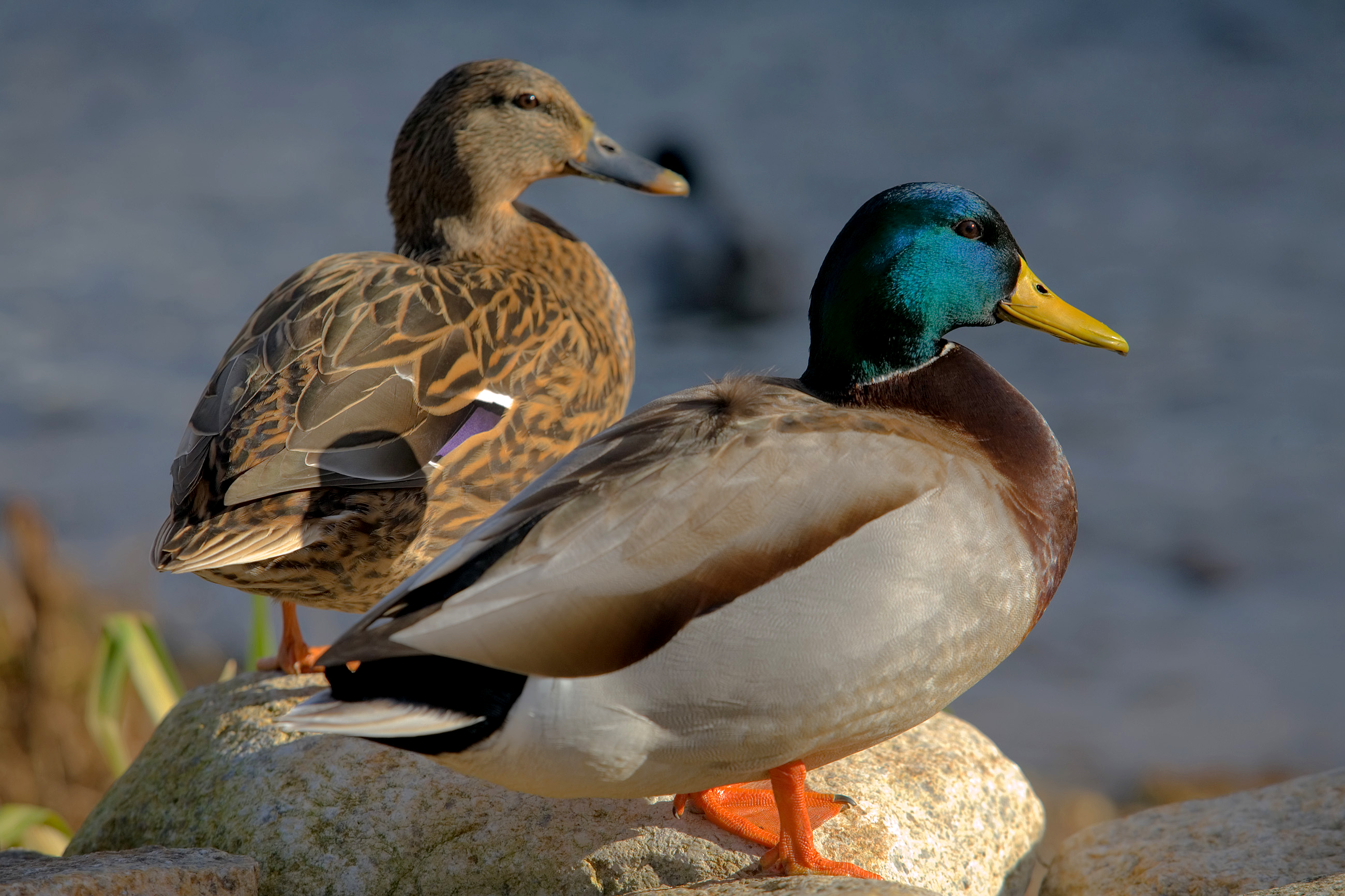 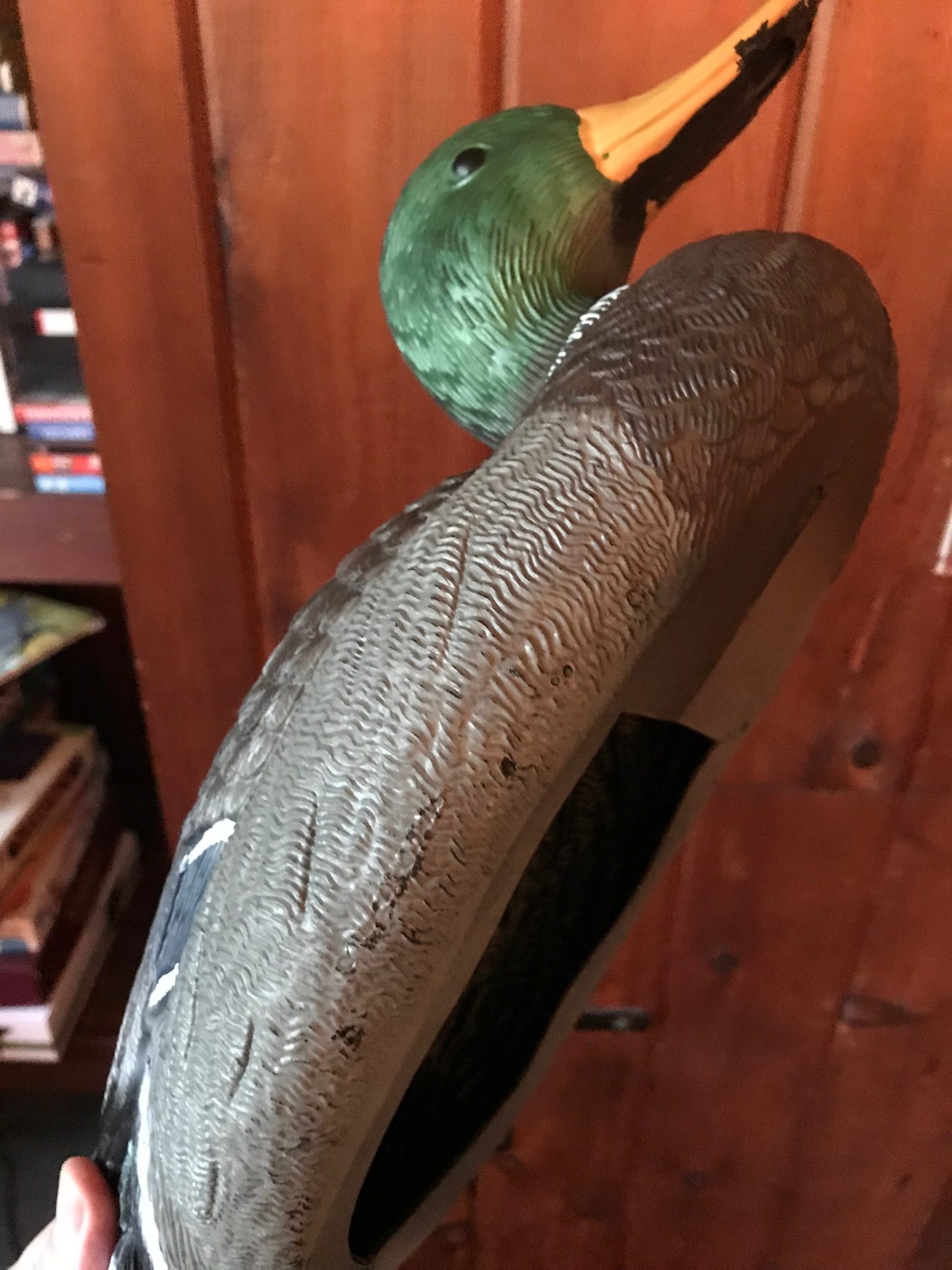 Well, Spring is in the air here in New England and the first sign this very morning was a pair of Mallard ducks sitting in a pond (actually a really large puddle) in my front yard after a huge rainstorm.

Before that day I’d heard of a duck blind but didn’t realize you could get blind from a duck.

Those that are familiar with the owner of this blog likely know that I’m very self-deprecating at times. The reality is that most of the time I provide great content for jokes just by “stuff” that happens to me in any given week.

The story to be told will feel familiar to an 18-year-old just entering college and hitting their first party, but we should all remember that on occasion, someone 3x that age can also fall into the trap at parties.

This tale from several years ago was a nice backdrop for the wedding which followed a year later.

It’s a joyous time for all. Our oldest son has just surprised his girlfriend with a ring on the beach down in South Carolina and we had a terrific time celebrating with them before heading back up north to their home in Virginia. The trip north was particularly exciting as our son had also arranged a surprise party for his fiancée. The plan was that we would have a long drive home and arrive at a house full of people ready to party.

Except for the fiancée, we were all in on the surprise, so anticipation was at an all time high.

Our arrival at 7pm, after the seven-hour drive, was to my son and then-fiancée’s seemingly quiet house. But as the bride-to-be opened the door, all hell broke loose with screams of Surprise!

The house was teeming with guests, food and of course, alcohol. Oh, I’m sure there were soft drinks in there as well, but I never found them!

No, I was immediately greeted with the gaggle of fraternity brothers and friends who decided that the first order of business would be a shot (or two) of Fireball. 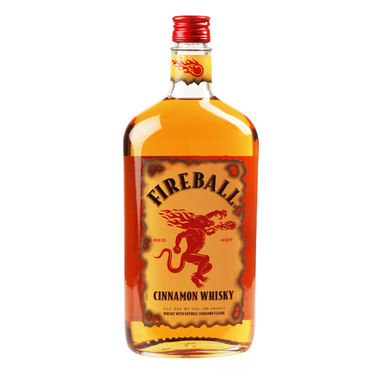 Never one to turn down an offered shot I threw one back…oh and someone else arrives in the group, and we threw back another. My guess is that there was at least one shot more taken at some point, but memory escapes me both now, and clearly that evening.

Then I was introduced to the Mallard. The Mallard you see is not a live bird, but a duck decoy, hollowed out in the bottom with an open beak. The idea, clearly created by some genius, is to turn the Mallard upside down, fill its empty compartment with beer – I’d say 1-2 fit in there and then chug through the beak until empty.

Of course, I needed to try that – always been a big fan of ducks and apparently, after that chug I became Daffy.

The rest of this memory was pieced together by family members chuckling with an “Oh Dad.” From the look of the photos taken of me at the party, it looks like it was a lot of fun. Nice shots of me hanging with the bachelorettes in some selfies – thankfully we live in a world where everything is recorded for posterity, so my out-of-body experience was captured in film as I have absolutely no recollection of the evening.

Was there food there, really can’t remember…and the fam put me to bed, as I ended up in a ball somewhere passed out, much like an avalanche victim who can’t find his way to the surface. The big worry was I possibly would have wandered over the neighborhood if un-checked.

Besides, 9pm is my usual bed time…

The following day was a treat, waking up in a fog (my head, not the outdoors). Spent the day largely viewing embarrassing photos of me and treated the family to me running quickly out of a restaurant at brunch from the smell of food. I ran down an alley, and well, you know the rest.

This cocktail flu lasted into the next day where I was able to show I-95 my impression of Linda Blair in the Exorcist…no, I wasn’t driving!.

Anyway, while cute and cuddly – ducks, especially the hollowed-out Mallard kind are not always our friends! As the illustration will show, I managed to regroup and have the Mallard again at my son’s wedding. 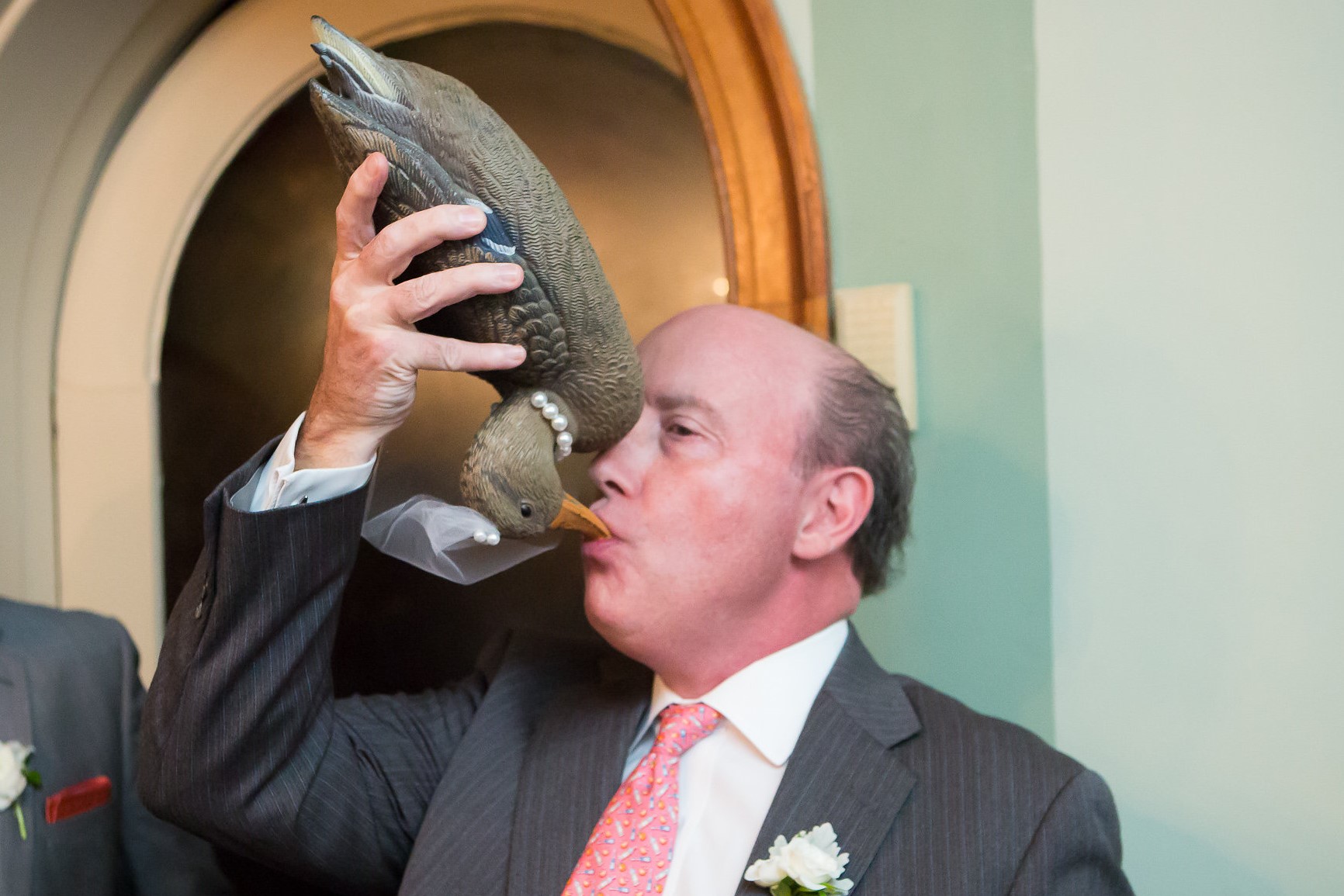 Fireball however, will never pass this beak again! Quack!