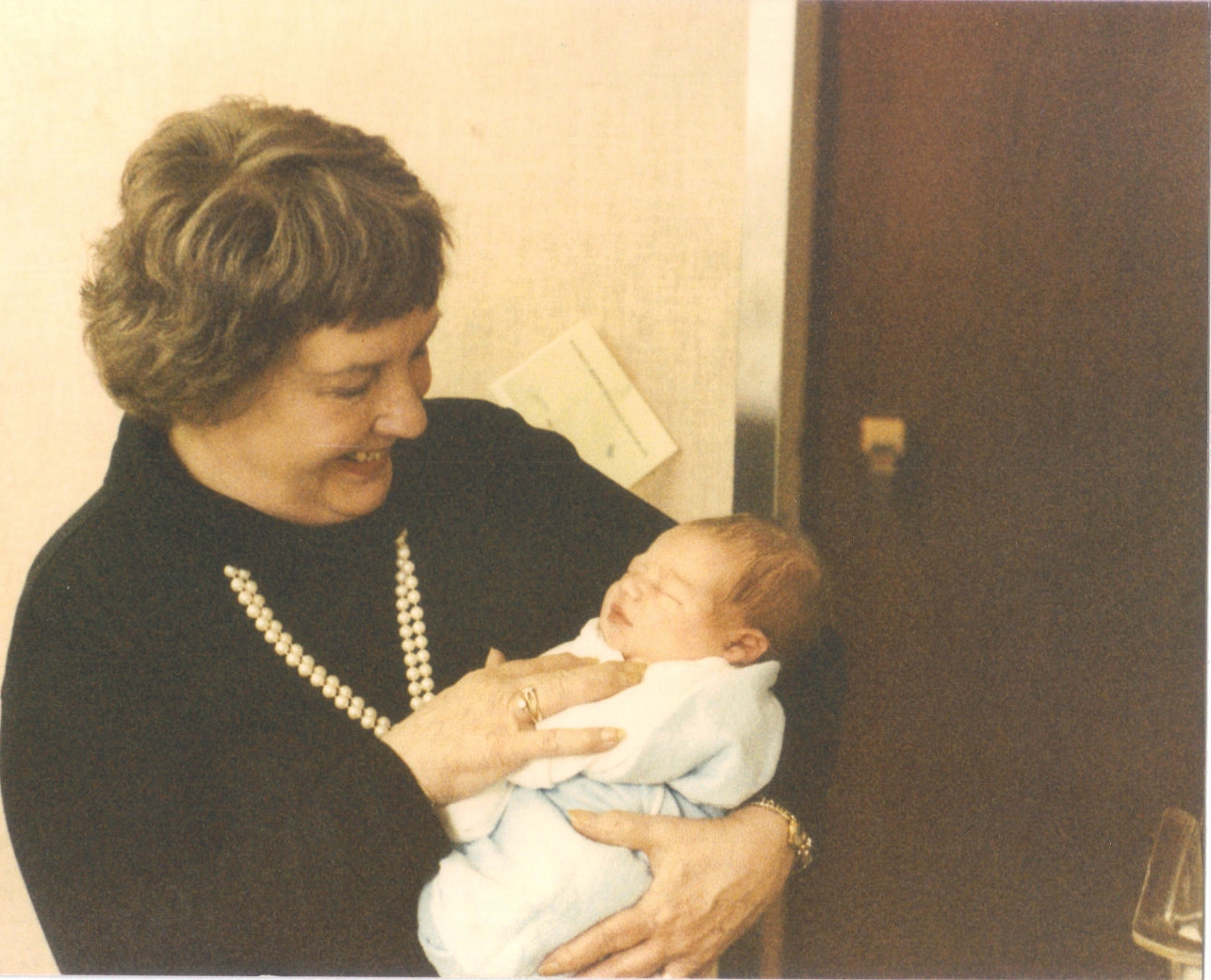 The tributes by my friends to their mothers, young and old, in social media have inspired me to share a reflection about my own mother who passed away on Mother’s Day in 1999.

Those who knew Nancy Greene know that she always lived life to the fullest, pouring herself into everything she did. She was not only a loving wife to my father Ken, but a strong mother to my brothers Chris, Kenneth and to me.

Born in Brooklyn and raised in Garden City, Long Island, Nancy Booth graduated from high school there and developed several friendships that would last her entire life.  How many of you reading this really maintain friendships that were developed in high school?  Not many.  But Mom for at least 50 years would spend each and every New Year’s Eve with her buddies and that is testament to her loyalty and devotion to others.

After graduating from college at Endicott, Mom first worked in publishing and then in the advertising business which is where she met my father.  They married in 1956 and lived in Pound Ridge where we grew up.  Her 40 years in Pound Ridge was a full life.  While we were young children, Mom and Dad were very active in breeding, raising and showing black Labrador Retrievers and also running them in field trials.  Chris and I have fond memories of being roused out of our beds at 5am in the morning on rainy Saturdays only to drive several hours to somewhere in New Jersey or Vermont so the dogs could chase birds around the field all day.  After several hours of this activity there would always be a party to celebrate the event and we would return home late and very tired.  Some fun for a child huh?

Well, we got her back though….when Chris and I became old enough for the swim team and for Little League.  She and Dad were devoted parents in that regard, she was team mom for both baseball and swimming, they were timers at the swim meets, and they drove us and our friends everywhere.  Even when Chris and I were put on separate Little League teams, they each alternated games so we would always have a parent there.  And I guess I’m probably the only kid who was driven around in a car to do his paper route, so I could make baseball practice on time.  So although their dog activities stopped, they still had fun with us on the weekends as we grew up.

Mom was active in the town of Pound Ridge as well…avidly supporting the Republican Party, its candidates and also took a run at Town Clerk.  She was the Dog Enumerator for a number of years; yes she had to count every dog in the town and make sure they were licensed.  Who else but Mom would relish that position?  Hey, it paid 50 cents a dog.  Ask me some time about having to hand deliver license applications to almost every mailbox in town.  She was a charter member of the Pound Ridge Ambulance Corps and I think of her on Memorial Day weekend as she had driven the ambulance in many parades.  When Pound Ridge celebrated its bicentennial we were asked and of course Mom volunteered our house to be on the town tour.  I fondly remember our panicked clean up of the place in a very short time….which is a good segue into another subject…..

One of the challenges in Mom’s life was housekeeping.  What with seven dogs and almost as many cats “the Animal Act, “ as she called them at any given time…it was tough to keep the place clean.  Our dogs lived in the house in cages, sprinkled throughout the house and those who have been to parties at our house will fondly remember looking under a freshly pressed white linen tablecloth only to see a dog quietly sleeping in a cage underneath.   As children, we often received birthday and Easter cards from the dogs and cats.  As a child in that home you had many let me say interesting experiences.  Often times dogs or cats would pass away either accidentally or of old age.  And I can say that Chris and I had the ability to become attached to animals, but understand that things can happen suddenly.

Aside from her animal friends, Mom had a great many human friends as well. Mom’s favorite event of the day was Lunch.  She looked forward to and was very determined to have lunch everyday with somebody.  She would hop in that Mercury Cougar (or the Batmobile as we called it) and would drive to Long Island, to New Jersey and even Boston for the day to have lunch with friends.  And those buddies of Nancy knew that she would always start off that lunch with her “usual”– a Dry Manhattan, up with a twist…or maybe two. 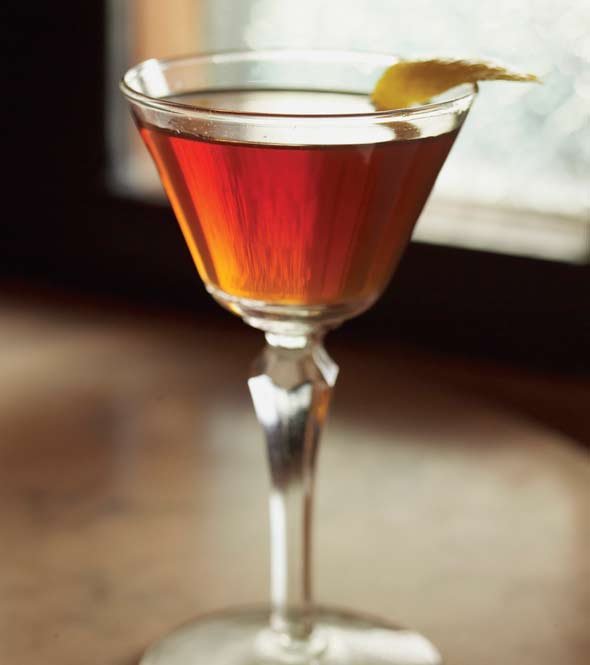 Her friendship with and devotion to others was strong…maybe sometimes to a fault.  She would always invite someone who as going to be alone over for Thanksgiving (the strays – see my Thanksgiving post on this blog)…a nice enough gesture in general, but on most occasions made for some interesting meals at our house at the holiday’s.  Speaking of meals, our family was treated to some of Mom’s favorite home cooked meals…Student’s Ragout (taken from a murder mystery she read), Baked Ziti, and Pot Roast….on second thought, maybe not the Pot Roast…

We had always wondered when Dad passed away in the late 70’s, whether Mom would date or marry anyone else.  Although Dad was ill before his passing, it was still a great loss for Mom to have her best friend go.  During that time she discovered Neil Diamond music and had bought all of his albums, and we even took her to one of his concerts in New York.  His music calmed her, took her mind off the pain and helped her get to sleep at night.  She even had a full size cutout of Neil that stood in her bedroom window that she’d gotten from a record store; we of course kidded her endlessly about that.

I’ll admit during those months after Dad’s passing we worried about her happiness or whether she would get despondent…she always said ….and this is vintage Nancy….”I’d never do anything to cut my life short, I’m just too damn nosy.  I have to wake up and see what will happen tomorrow!”

And so Mom buried herself in her friends, working to make ends meet at the house and….telling us how to raise our grandchildren!  If you knew GG– Grandma Greene well you knew that you really didn’t have to ask her for her opinion…because chances were she had already given it to you!  I think she has told just about everybody she knew how to run some aspect of their life at some time or another. 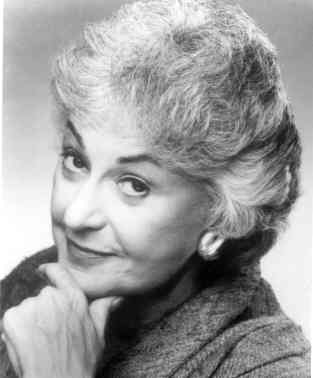 Think of the actress Bea Arthur in her role as Maude from both an attitude and octave level. Not to claim she was overly bossy all the time, but I really believed she cared about her friends and family and their well-being.  We always had a family saying which was if someone occasionally got angry at you or told you what to do, it meant they cared.  Well, that was true with Mom….she might have screamed, she might have said “don’t be stupid, do this”…but it was really out of genuine concern and affection for us all.  And she delivered any message with that deep voice that was formed from years of smoking and a few Manhattans…. I remember many years ago, she left a message at my office and the assistant said to me that my father called….I, of course said to her…”ah, you didn’t happen to get a phone number did you, because he’s passed away years ago?” The assistant’s face went white and completely blank…

The caller, of course, was Mom.

Whether you knew her as Boofie, Nancy, Mom, or GG, her approach to life was straightforward, and as we toast her today with her favorite, a Sunday “bloody,” these lines from one of her favorite Frank Sinatra songs will sum up Nancy Greene best I think……..

I’ve traveled each and every highway;

But more, much more than this,