They say most blogs are disguised personal therapy….if that’s so, then I’m happy to have this blog to carry me through a recent big life change!

Well, you knew it had to happen. Sometimes even the most longstanding relationships eventually come to an end.  After spending years together, you think you know each other, get comfortable in a routine, and then all of a sudden one day it becomes painfully clear a change is necessary.

For me, this particular relationship lasted for nearly 15 years.  When we were younger it was different – I was just starting a new career and my significant other was the popular model in town.  Life was great “right out of the box.” We went hand-in-hand everyday, virtually inseparable; morning, noon and night. We always felt like we were plugged in. Even when I was travelling to Europe on business, we were still connected and I thought our communication was even better. Best of all in this relationship was our ability to grow together over the years. Somehow each of us was always improving in what we did for a living, and that enhanced our fitting together as a couple!

Other people I know, even my own family members, saw the end coming though. Despite the well-intentioned suggestions to change my relationship status, I stood my ground – determined to make this work.  Look, it wasn’t like I didn’t notice things were slipping – oddly, I had made a mental note every two years to reassess the relationship before moving forward. It wasn’t an assessment as much as a perfunctory consideration to keep our “contract” going. You see, I became convinced that after that much time together, we were inseparable – and so it just made sense to keep on going.

Then one day things finally began to change noticeably in our relationship. There was a breakdown in our ability to communicate with each other.  We worked on it, but it wasn’t a battery/energy thing – it just seemed like our “relationship software” was corrupted. I wasn’t getting my messages, and it seemed like it was almost impossible for us to stay in sync.  Don’t think I didn’t try – I read blogs and websites devoted to making a relationship like this work better; but, sadly there were no answers. In fact, others on those blogs had expressed similar dissatisfaction with their relationships, and said they had moved on.

This was the catalyst which forced me to assess the relationship once more.  We were about to hit an anniversary, and I became convinced that we’d lost touch with each other and I also knew there were other, more interesting options out there.

I mean, when you can’t count on each other any longer, then what do you have?

So it was just last weekend I decided to trade my existing relationship in for a new model.  I’m glad I did. While initially sad at the change, I just couldn’t carry the torch any longer.

On the plus side, I quickly entered into a new and more exciting relationship. One which was more in tune with the energy of today’s couples – lots of excitement, new things to explore; we are even playing games together.  I’m not hung up on body types; but this current handholder is thinner and lighter.  Importantly, our communication is just as good, if not better, and so I’m thrilled to be able to get what was the best part of my former relationship…and more!  So, 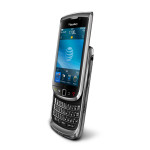 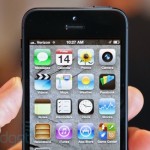