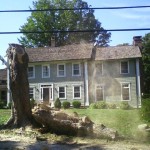 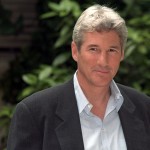 “Get your ass over here now, Richard Gere will be here in a few minutes!”

That’s the order my mother barked out to my wife April, who was sitting at her desk in Stamford, CT at 3:00pm in the afternoon, about 15 or so miles away, and unable to leave the office that day. Sadly.

Yes, this was the actual Richard Gere, coming to my family home for a second or third visit as the family house was up for sale and he might be interested in buying.

The time was somewhere in the early 90’s. The only one living at our old family house was my mother Nancy (who deserves a blog post of her own someday), and the usual collection of dogs and cats. The house was a classic. 200 years old, it was on the bi-centennial tour in 1976 in Pound Ridge, NY, somehow lasting all those years and as mom would say, “wearing out the teeth of termites for generations.”

However, Nancy had decided enough already; my brother and I had married and moved out and it made no sense for her to stay in the house. She was going to sell and move to a nice condo area up-county, making life much easier on all of us.  Besides, lots of work was needed (you’ve likely read on this blog about all the dogs & cats we owned) to keep this place up, and it was just better “to unload it.”

This 4-bedroom colonial house sat on thirteen acres or so and faced the Ward Pound Ridge Reservation, a 3,000+ acre, “never-to-be-developed” area.  My mother had subdivided the property to sell a portion with the house on it, and some land in the back in a separate parcel closer to the Reservation.

Richard Gere, or “Richard” as my mother called him, was then engaged or married to Cindy Crawford the fashion model.  As Mom would tell it – usually over a dry Manhattan with a twist – Richard and Cindy came by out of the blue one day to look at the house.  They already had property in town; but she got the sense that Richard was looking for an old fixer-upper. They walked all around, and it was clear, at least to my mother, that Richard liked the house more than Cindy did, but they still took the time to look and think about the possibilities.

Less than a week later, one weekday afternoon my mother is awakened from her nap (she tended to nap on days where she had lunch with her buddies and a couple of “bloodys”), by a knock at the door…the exchange goes like this:

Mom, from the upstairs window – “Who’s there?”

Voice below at the front door – “It’s Richard.”

Voice below – “Sorry for not calling first, but I was hoping to get another look at the house…”

Richard was alone and wanted to take another look at the house.  He ended up spending a quite a few minutes there, looking at the house, asking questions about its history. Finally, he said he would “come back with Cindy again” at some point for a final look. My mother would often joke about how she (“a short, fat woman”) and Richard were on a first name basis…

A few days later, Richard called the house in the afternoon and alerted my mother that they would be over in about 20 minutes.  My mother hung up the phone and immediately called my wife at work with her signature whiskey and cigarette growl “get your ass over here April; Richard and Cindy are coming in 20 minutes!” Unfortunately, my wife had a meeting to go to and couldn’t break away, and I know is still kicking herself to this day.

Me? I was in NYC at work, and when Mom called me later to say they were over, my only thought was to seek confirmation that “Cindy Crawford had been standing in my bedroom”…you see, that very line would last me quite awhile in bar discussions with buddies, and nobody needed to know I wasn’t actually there at the time!

The end story is that Richard and Cindy ended up not buying the house after all, but purchased the property in the back of the house which actually abutted their existing property.  I guess you could say he was “A Gentleman, but no Offer.”

Entertainment junkies like me know that they have since split up and Richard is married to Carrie Lowell and they still live in the area and operate the Bedford Post Inn.  I understand the restaurant is terrific.

One other relevant piece – a few months after the above story I was on a business trip in LA, and my wife was with me. We were dining one evening at the Ivy in Santa Monica and behold, two tables over was Richard Gere having dinner as well.  He left before we did, and as it happened when we left and walked up the street, his limo was waiting.  We passed by and all of a sudden he popped out of the shadows for a second and then hopped in the car.

My wife was egging me on to go up and say hello before he got in the car, and I really wanted to yell out to him that “Nancy from Pound Ridge says hello,” hoping he would have engaged us in conversation. I chickened out and regret not giving it a try, but didn’t want to bother him during private time.  Must have been the Pound-Ridger in me…although, maybe “Richard” will read this post and reach out to me to say hello!

2 thoughts on “Gere-ing up for a house sale…”