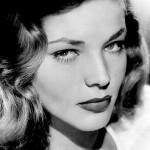 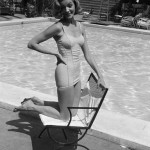 “If you want your pool stuff back just whistle. You know how to whistle don’t you? Just put your lips together and blow.”

For those who remember this famous quote from Lauren Bacall; you’ve also realized I’ve taken a bit of poetic license with it…but you’ll see the method to my madness in a moment.

If I haven’t mentioned my hometown in another post, I was raised in a little town called Pound Ridge in Westchester County, New York.  My father was a Mad Man; an advertising account guy who retired from BBDO in the late 60’s which is why I love the AMC series so as its right in the zone of his time in the business.  In addition to advertising people, Pound Ridge (among others close by like Bedford) was also known for its residents who were both Broadway actors and movie stars; all residing there due to its close proximity to New York City and its “country” feel.

The Greenes lived in an extremely old colonial on a relatively obscure road in this town with decent space between the houses – some 200-300 yards maybe more in most cases…yes, quite a distance. On one side of the property, our next door neighbors used to rent out their house during the summer months as they had an antique business in Vermont and their entire family would literally be away all summer. While we knew this family, we weren’t the closest of friends as the kids were much older, and I think our dogs used to “drop by” the house often to sample some of the “wares” after knocking over their garbage cans.  The neighbor’s house was a great old colonial with a secluded oval-shaped pool in the backyard.  Because of the distance between homes, you could see the pool and that people were there, but it was really too far to identify anybody.

One summer in the mid-to-late 60’s when I was about 11 years old, a family rented the neighbors’ house next door for the summer. I mean, we thought it was a family … but all we ever saw was the mother and her son, who was about my brother Chris’ age, or two years younger than I am…so 9 or so.

Our family raised Labrador Retrievers, and as you’ve learned from other posts on this blog, we would have several dogs living at the house simultaneously. This was in the days when dogs were allowed to roam free without having to be on a leash. So, we would literally just let the dogs out in the morning, and they would come back when they were ready to – or if we blew the whistle for them to come in.

As was their habit, the dogs often went over to the neighbors’ (meaning, the renters) and stole the swim fins and goggles that were around their pool. Good retrievers who were proud of their “catch,” they would then run back over to our house to show us what they had found.  My mother then would ask me and my brother to go over and return the equipment to the renters.

This particular summer the next-door-neighbor mother was a tall, attractive blonde, with a relatively deep voice, named Mrs. Robards. Thrilled that we’d returned the pool gear, she’d invited Chris and me to stay and swim with her son Sam in their pool.  We’d hang around the pool most of the day while Mrs. Robards would just sit outside sunning herself as we played.

Thanks to the dog’s routine, Chris and I repeated this trip next door several times during the summer.  Other times they would call and say “come over for a swim and hang with Sam,” and sometimes the Robards would just drive by our house, and my brother and I would run up to their car and return the fins. My mother would just wave to Mrs. Robards from our front door.

After the summer was over and the renters had left, my mother told us that Mrs. Robards was, in fact, the actress Lauren Bacall, the famous movie star (obviously at the time married to Jason Robards, the actor).  Since we were so young, we really didn’t have a clue who she was and it didn’t really make an impact until we got a bit older.

However, my father chimed in that he always wanted to return the swimming equipment personally to Mrs. Robards, but for some reason my mother wouldn’t let him…go figure.

I guess the neatest thing about this story is that because of our ages, we never knew anything about the Robards, and so we didn’t act any differently with them as they were just another family living next door.  Have to say that they were equally as “normal” as any family on the street. Funny thing is that kind of interaction was typical to how famous people were treated in our town; my parents never actually met the Robards face-to-face as they didn’t want to “bother” them.

Although, when I saw pictures of Lauren Bacall once I got older, I realized why my father was constantly “volunteering” to take the swim equipment back.  Or maybe that’s why he would stand in the backyard, “put his lips together” and “just whistle!”