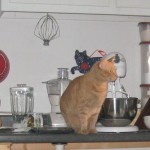 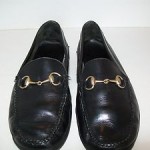 There is nothing better than sharing Thanksgiving stories this time of year!  Holidays where you have a groundswell of family and friends can create some of the best, and most horrific, memories. I have a couple of examples of each kind from my past recounted below.

The first chronicles the relationship of man and beast; the second proves that turkeys don’t always make it to the oven; they might be sitting at your dinner table. Fair warning – you might not want to read the latter tale during or after mealtime!

Thanksgiving at our house growing up in Northern Westchester outside of New York City was always a great time of the year. Fall was usually in full force, it was chilly out and we’d have a fire going in the living room fireplace for most of the day.  Our family usually got up very early in the morning, say 6:00am, to make sure the “Animal Act” as my mother called them, would go outside to do their business and returned to be fed. The “Act” at the time was anywhere between 5 or 6 dogs, and an equal number of cats – you can only imagine animal mealtime in this house.  Let’s just say when you ran the can opener, you felt like Dr. Doolittle surrounded by furry friends of all sizes!

On Thanksgiving when we were younger, my brother and I would handle the Animal Act chores in the morning, quickly have breakfast, and then promptly were banished from the kitchen by my father.  You see, Thanksgiving was my father’s holiday. Meaning he would literally cook the entire Thanksgiving feast by himself; shutting off the kitchen to all resident family members and animals.

There was however, one cat named Sylvester (or Silly as we called him), who was a large tabby and who was the sole animal allowed to remain.  Not sure why this was – he may have been Dad’s favorite cat and that was actually fine with the rest of us. Silly was not warm & fuzzy like other cats who love to be held, so picking him up was more painful than picking up a porcupine!

Our kitchen was set with a stove/oven in one corner and a sort of floating counter nearby. Dad would set about stuffing the turkey while it sat on the stove in the roasting dish. On the nearby burner would be a pot of water on a low simmer containing the gizzards, heart, neck and other delicacies preparing the base of what was to eventually be gravy. Behind my father would be Silly, miraculously standing with all four paws somehow latched onto the counter’s thin edge.  Teetering back & forth, drooling all the while and hoping for a sample, Silly could be seen with the occasional outstretched paw, claws extended, waving at my father’s back.  The door was closed, but every so often we could hear my father yell “ouch” loudly as Silly’s claw would finally make contact with his back.  After about a number of these back clawings, my Dad would eventually toss Silly out of the kitchen and finish making dinner. So much for the favorite cat!

But this isn’t why I started this story…the green kid is what inspired me to write this post.

After my father passed away during our teenage years, my mother would take over the reins of preparing the Thanksgiving dinner.  With just my brother & me and a possible family member or two in for Thanksgiving, it would usually be a small crowd.  After we both got married, we’d come to have dinner at my mother’s house each year and she might invite one of her close friends as well – usually a manageable holiday.

Not sure what the year was, but there came a time where Mom felt obligated to start inviting in other people, or “strays” as my brother and I called them – as these were acquaintances, not really friends, of my mother with no other holiday plans or place to go.  Yes, I know that SEEMS like a nice thing to do at Thanksgiving and in some cases it was…

…but this one year…

Helpful to understanding the story is learning that Mom would never in advance mention other guests on the Thanksgiving invite list until she had us safely sequestered in the house where we had no choice but to accept – I mean, what are we going to do, leave?

One Thanksgiving Mom invited this friend of hers, a divorced woman who I think lived in one of the other wealthy suburbs of Westchester or Connecticut, and her teenage son…let’s say he’s probably 15 years old.  I should note that Thanksgiving at the Greene house was always highlighted by a good amount of drinking; usually starting with Bloody Mary’s around lunchtime and continuing later in the day with something more substantial prior to dinner (Dry Manhattans and Martinis). Mid-afternoon there is an involuntary naptime in front of the TV in the living room, so we are refreshed for evening cocktails. Happily, this is a tradition which we’ve carried forward to this day.

My brother and I arrive with our wives, neither of us had kids in the picture at this point.  Mom’s got dinner in the oven, we’re making Bloody’s, and we look at the dining room table to see two extra places set…

Once the outside doors were padlocked; my mother delivered her usual “by the way” announcement that this mother and her son combo were coming. We of course responded with the usual “What? Who are they? Where did you? Why did you?”  Nevermind, she sandbagged us again…we’re stuck with them.  Time for another Bloody Mary.

The strays, er, guests arrived shortly after our afternoon nap. In comes the mother who is the kind of social x-ray that Tom Wolfe writes about – thin, dripping in jewelry, hair pulled back, aggressive and a chain smoker.  In walks her son, who looks like something out of a catalogue. He’s wearing a cashmere/silk blazer, Gucci shoes and an attitude. He’s 15 and he’s dressed better than I am – hate him already!  It’s Thanksgiving though, and I head into make the first round of drinks for all but the boy who has a Coke. As is customary, we had a couple of pops pre-dinner and sat around the living room chatting endlessly.  During that time, Gucci Boy (we’ll call him GB) would excuse himself to the bathroom somewhat frequently – I didn’t think much of it. I thought it might be the rarefied air of our house of animals, maybe the caviar he had for breakfast didn’t agree with him…who knows.

We finally get to dinner time and head to the dining room set up in full view of the kitchen which is right off the front hallway.  During dinner, we notice GB isn’t eating much and he’s also relatively quiet.  Toward the end of the meal, he gets up from the table and heads off, presumably to go watch TV while the adults continue to chat endlessly in extremely loud tones.

I’d say a good 25 minutes or so goes by and we haven’t seen GB. Although, we do hear a strange kind of thump noise, and I head out to the front hall to investigate.  Lo & behold, GB is face down lying in a pool of his own vomit.

What has apparently occurred is that earlier in the day, when GB was going to the loo, he was actually heading into the kitchen and just chugging from the liquor bottle on the counter. Guess it caught up with him as it does for most 15 year-olds. Now it’s important to note here that Mom wasn’t one to buy the highest quality alcohol – in fact, for her, a plastic bottle really sealed the deal on brand selection – just in case she dropped it or something.  This should give you some insight to how this kid would be feeling the next day.

Anyway, Social X-Ray takes one look at GB, now the color of green bean casserole, and wants no part of him denying any genetic attachment whatsoever – so, WE pick him up and get him cleaned up (he’s actually fine, no danger of not waking up, just drunk). Thankfully, there was a throw rug in the hallway, and that’s exactly what we did with it – threw it away.  We get GB some water and lay him on a couch to sleep for a bit with a blanket thrown over him.  In an odd bit of Thanksgiving Karma, his silk blazer and shoes are pretty much covered with today’s special and will need to be cleaned – not by us, ha-ha.

Having finished straightening out the kid and the hallway, my brother and I wisely excuse ourselves citing long drives home, leaving Mom, Social X and GB to think about a nightcap, while we head out into the dark mumbling something about suffering through another year of holiday Strays.

The silver lining in this Thanksgiving cloud was we find out the next day that GB’s misery didn’t end there. His loving mother decided after we left that she wanted no part of him being in her Audi (you knew she had to be driving one, right?) for the ride home, and despite Mom’s protests, left him at my mother’s house for the night saying she would come get him the next day…..maybe.

Karma really came the next morning when Mom woke up GB at 6:00am (you have to hear Mom say “get up” in her gravelly voice to appreciate the pain of that wake up call) and before she would let him have breakfast, made him take the dogs out, clean up one of the cages (apparently an accident there overnight, ugh), feed the cats and “change” the cat’s box for good measure.  Mom said GB wretched a good one or two times again that morning, conveniently this time in the bathroom – You know, I could almost see the delight in her eyes as she told us that story over the phone.

Not sure there’s a real moral to the story here, but what I can say is this…if you want to be drinking underage at someone else’s house you better be prepared for the “crap” you have to deal with (or shovel) the next day.  Oh, and while having Strays in to your house during the holiday’s is an admirable thing – run it by the other quests first, especially if it’s your family!  They may just turn on you.

When all else fails – have another Bloody Mary! Happy Thanksgiving to all!