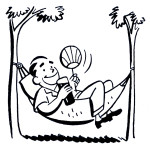 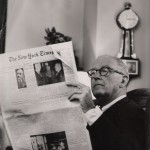 “I don’t know what’s more exhausting about parenting: the getting up early, or acting like you know what you’re doing.”

― Jim Gaffigan, from his book, Dad Is Fat

With Father’s Day upon us, it seemed appropriate to have a Father’s Day post.  Aside from Jim Gaffigan’s musings on fatherhood, I’m inspired also by Jimmy Fallon who tweeted this week requesting comments on the “worst advice your father ever gave you” – some were hilarious and really brought me back to thinking about my own father and my transition into another job where I’m uniquely under-qualified.

Jimmy’s own tweet went something like, “Don’t worry about striking out son, at least we’ll get to go home early.”

To be fair, my own experience as a father has actually been tremendous.  From early sleepless nights when the kids were young, to even more sleepless nights when they get older and are out in the evening – it’s basically a job designed for insomniacs.  Don’t kid yourself (pun intended), the skill sets for this role are patience, a controllable gag reflex, a sixth sense about impending danger, patience, diplomacy skills, patience, trust, a sense of humor…and oh, did I mention patience?

The best moments are really when you watch them grow up – crawling, walking, eating, making friends, going to school, playing sports or extra-curricular activities, gaining a sense of humor, handling disappointments and becoming real adults.  Despite the ups and downs, they really become your favorite people in life!

Parents today are a hell of a lot more sensitive to our children’s needs than the old days. Part of it may be due to growing up in a household with a father with an iron hand, or maybe we are not the primary bread-winners and choose to stay home, or we are just PC people who follow the norm of society.  When they are babies we boil the first child’s pacifier when it touches the floor, and by the third child, we just wipe it off on our pants and jam it back in their mouth.  Some of us fathers carry our kids in backpacks, front packs, fanny packs or drive them around in the stroller equivalent of a Porsche.  Those of us from the Baby Boom generation can’t even imagine our fathers doing any of this, in fact I think Mom’s back then pretty much raised the kids and Dad didn’t get involved until there was nothing to “wipe off” anymore.

In my youth, where a bicycle was our XBox, we’d leave the house in the morning and only swing back for lunch and then later for dinner. Unlike today, voicing one’s opinion under the age of 21 wasn’t a smart option.  The thought of talking back to my father was not even on my list of allowable mistakes.  Dad, although very good-natured in general, was a disciplinarian when necessary. Spankings today are cause for litigation, but, have to admit Dad gave me a good spanking once when I did something wrong – and actually he never had to do it again. From that moment on, when I was bad and he asked me to get the paddle from the kitchen drawer, I’d collapse and spent more time crying that I would have with a spanking (with my parents trying to contain their laughter).

Sure there were many more moments which were great with my father; ice-cube and water fights in the kitchen, at a stop light where some idiot leaned on the horn just as the light turns green only to see my father put the car in park and come back to ask “was there something you wanted?”, learning how to train dogs (although I’m horrible at it now), learning how to make a dry Manhattan (see if your 10-year-old can do that.)

Never one to fear voicing his opinion, my father had a real knack for “telling it like it is.”  One story still cracks me up to this day, and sums up Dad for me:

Picture the local town pool in the summer.  My brother and I went to Day Camp there and afterward were told to head to the main pool area to meet our parents. My mother and father and their buddies would show up at noon each day with a thermos of what today’s kids call “Mommy & Daddy juice” and spend the afternoon sunning at the pool and getting a “goon” on.  All of us kids avoided this crowd as much as possible!

The story goes that we’d had the same Pool Director for several years, and he left early one season and was replaced by one of the local high school coaches/physical education teachers.  I think he was probably the football coach; big stocky guy, a bit gruff and imposing.  Unlike the previous Director, nobody seemed to notice this guy – it was as if he were never around the pool and the lifeguards were handling everything.

The parents, loaded up with Mom and Dad juice would complain daily in their group chatter noting, “who is this pool director, has anyone seen him, does he even come to work here?”

One day my father is up in the vestibule by the snack bar looking out over the pool area.  It’s a particularly hot day and he’s eating an ice cream standing next to a stranger, also eating an ice cream.  A little bit of small talk ensues like this:

Stranger: “No kidding, the pool is really packed today.”

Dad: “Yeah, it is most days and we spend a lot of time here as our kids are on the swim team.”

Stranger: “Really, well – how do you think the pool is running this year?”

Dad: “I guess it’s really going along nicely as it always seems to, but you know, apparently there’s a new Pool Director here, and nobody’s seen him as yet.”

Dad (with a grin): “Oh really, so where the Hell have you been?”

Stranger was speechless, and then slipped into a “have been very busy lately, but will be around more” off the cuff answer.

That was Dad, don’t back down, but do it with a smile.

So, I’m no fatherhood expert, but I’ve pretty much taken most of the curriculum without earning a degree (think that’s an honorary degree when your own kids have children). There’s no handbook on being successful in this job except to pay attention to them, be interested in what they do, talk to them, love them whether they are great or unreasonable, and, oh did I mention…..be patient?!